Spearheading the largest ever beach clean-up drive Mr Afroz Shah, a Mumbai based lawyer turned environment activist took upon himself the mammoth task of cleaning up the Versova Beach in Mumbai. Puny he may seem in size but robust in determination is Afroz, the first Indian to be bestowed with the Champions of the Earth award for leading the clean-up of Mumbai’s Versova Beach.

Frustrated with the piles of decomposing waste lining up his favourite Versova beach, Afroz Shah took it up as a personal task to clean it up. An 84 year old neighbour was his first supporter and together they started the humongous task of cleaning up the beach. Week after week they were seen at the beach clearing one piece of rubbish at a time. Soon word spread and the number of volunteers increased; from slum-dwellers, to school children, to politicians, to even Bollywood stars joined the cleanliness mission. They have been turning up at Versova for what Shah calls “a date with the ocean”, but what in reality means labouring shin-deep in rotting garbage under the scorching sun.

Tons of litter has been cleared up and this year Olive Ridley turtles were spotted nestling in the beach. A true reward to the daunting task taken up by Afroz and his team of ocean lovers!

This movement has not only brought to light the graveness of the issue but it has led to reclaiming the beach from the piles of litter it was buried underneath.

Afroz considers this just a beginning to the vow he has taken up to clean the oceans of the world. Honoured with Indian of the Year award in Public Service category and mentioned by Honourable PM Narendra Modi in Mann ki Baat, this young environmentalist truly deserves these and many more such laurels for taking on such a noble cause.

Afroz Shah will be one of the esteemed speakers at VHMUN 2018 at Bengaluru. 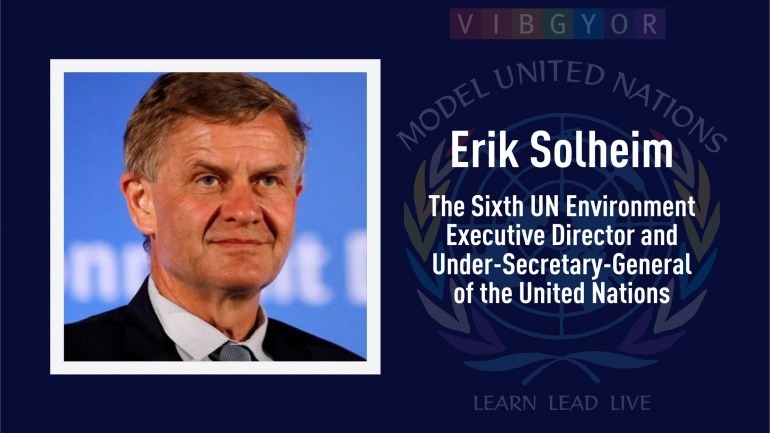