Dr. Narendra Jadhav, the keynote speaker of VHMUN 4 is a noted Indian bureaucrat, economist, social scientist, writer and educationist. A member of the Planning Commission of India as well as a member of the National Advisory Council, his responsibilities included Education, Labour-Employment-Skill Development, Sports and Youth Affairs, and Social Justice and Empowerment. He had worked with the International Monetary Fund and headed Economic Research at the Reserve Bank of India. He worked as the Chief Economic Counsellor for Afghanistan and also as an Advisor to the Government of Ethiopia. An alumnus of the Mumbai University and the Indiana University, USA, he has 100 research papers, 14 books on economic and social issues to his credit. Dr. Jadhav shot to fame with his biographical novel – a runaway best seller which was translated into 17 languages. He has featured in the Time Magazine, the International Herald Tribune, and on the cover page of Readers’ Digest and is a proud recipient of as many as 33 national and international awards. He is indeed a source of pride to our nation. Among the many awards he has received are the following: the Elite Award for Excellence in Financial Communications, the Rajiv Gandhi Memorial Award for Excellence in Education, the Suryadatta Award for Excellence in Banking and Finance, and the Maharashtra Ratna Award for all round contribution.

Mr Narendra Jadhav spoke at length to the delegates, Executive Board, Secretariat and the Faculty Advisors at the Closing Ceremony of the VHMUN 4.

RK Misra, fondly known as ‘RK’, is an undergraduate from IIT Kanpur with Master’s Degree from Tokyo University. He is an alumnus of Harvard Kennedy School of Government & Global Leadership Fellow of Aspen Institute, USA. He is a… 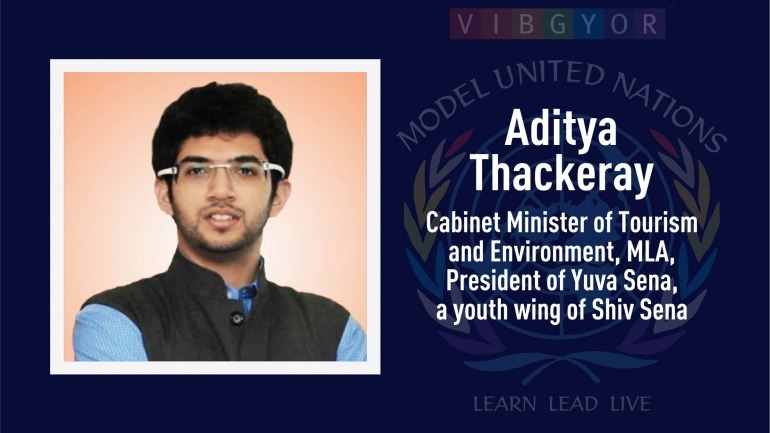